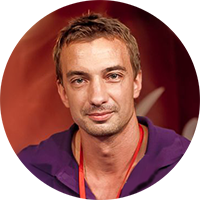 How do users feel when they try to open a section in the website menu and can't?

A generic menu behavior that may cause irritation is when it suddenly closes, following an attempt to put the cursor on a submenu item.


Think major companies avoid this mistake? Well, think again. This is one of the most common problems with hierarchical menus. You can start as early as at the operational system of your computer.

Megafon.ru menu: an attempt to choose the Options submenu closes the Internet tab. The user has to lead the cursor on a zig-zag trajectory.

Working with Messermeister we faced the necessity of achieving two navigational goals:


Many websites use hoverIntent, a plug-in that creates a small delay for mouse actions. In our case it did not solve the problem: the menu just took longer to respond, while an acceptable result was achieved when the user moved the mouse across the screen fast enough.

The solution was to evaluate mouse cursor trajectory to find out when one needs to open the menu or to go to a next tab.

This solution was most likely first implemented by Bruce Tognazzini when he was working on NeXT and Mac OS operational systems:

“When I specified the Mac hierarchical menu algorithm in the mid-'80s, I called for a buffer zone shaped like a <, so that users could make an increasingly-greater error as they neared the hierarchical without fear of jumping to an unwanted menu. As long as the user's pointer was moving a few pixels over for every one down, on average, the menu stayed open, no matter how slow they moved.”

Luckily, we did not have to create the solution from scratch: it was taken care of by Ben Kamens with his great plug-in Menu Aim and an exciting story of its development. This plug-in is used, with several modifications, on the Messermeister platform::

Buying decisions at an eCommerce platform are made based on the overall experience of interaction. This emotional response is related not only to the prices and products, but also to the interface the user has to interact with. A solid, predictable and natural interface would never lead to a lower desire to buy. A badly executed, irritating and confusing interface may kill that desire.

So, try to see how the interface of your website makes users feel!

OKC Media becomes a partner of MDC Partners in Russia

We do it every day

We work around the clock for amazing results for our clients. We will be happy to answer your call on weekdays.